Trumps Proposal Against the Transgender Community 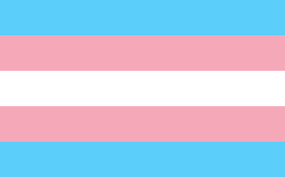 Recently the Trump Administration announced a proposal that they would only define “sex” as something that is biological. They say sex or gender is supposed to be unchangeable which would greatly alter the transgender community and the rights they have worked so diligently to acquire.

What does it mean to be transgender? It is when a person changes their biological sexual orientation to the one they truly identify with. The transgender community already faces a plethora of discrimination as it is but there is also legal problems that they face as well. They faces a lot of legal issues such as paperwork not transferring correctly and it will take a long time for this process to be able to legally live as their true gender. Discrimination happens frequently in the workplace and in the school buildings. Transgender people also face mental issues such as: gender dysphoria, body dismorphia, and many others. Not to mention the affects Estrogen and Testosterone shots have on the body. With all these issues the already have, discrimination does not need to add to the mix.

Many organizations and fellow lgbtq+ members are very angered by the statement. They say it is discrimination and the erasure of their issue. It has taken years and years for the community to have as much legal power as they do now and it will be inhumane flash back to a time of hatred and ignorance. If you want to help you can donate to organizations such as the Human Rights Campaign, National Center for Transgender Equality. Help make a difference in enabling their powers to be equal, just as yours.