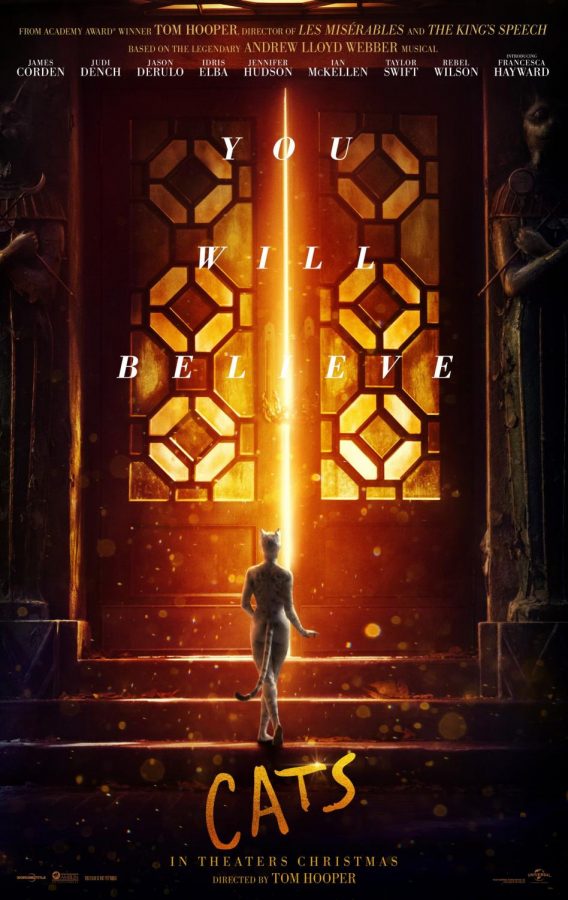 On July 18th of 2019, the world got the first trailer for the film CATS, due to release on December 20th. Its reception was far from positive. After one of the biggest box office fails of 2019, with an opening weekend gross of $6.5 million, for scale, that number was estimated to be $10-20 million. Most of the negative responses have to deal with the use of CGI in the film and its plot.

CATS is based on the Broadway musical of the same name, known for being eclectic and kooky. The plot is hard to follow, but when the production is done properly it can be entertaining and fun. What many think the film messed up, was the adaptation from stage to screen because some of the things that are fun in a musical can miss the mark in a film. The film also used a large amount of CGI, which many have found to look unrealistic. Some comments from reviews of the film on IMDB state that they felt uncomfortable with how the faces of the actors seemed to float on top of the CGI cat bodies. One comment mentioned, “I would have preferred makeup and costumes, it wouldn’t have put so much of a sour taste in my mouth.” Some internet users have commented on the fact that the design of the characters leans too human, making many uncomfortable.

One of the biggest pulls for the film, however, was it’s cast of celebrities. While the main character was played by a new actress, making her debut, the cast includes Taylor Swift, James Corden, Judy Dench, Jennifer Hudson, and many others. Some film critics say that the cast was the driving force of the film, many viewers only saw the film because of its star-studded cast. But it’s cast can only do so much. Even with this driving force, it’s failing at the box office and based on the budget, the film has yet to profit as much as it should have.