For all my dreamers…. 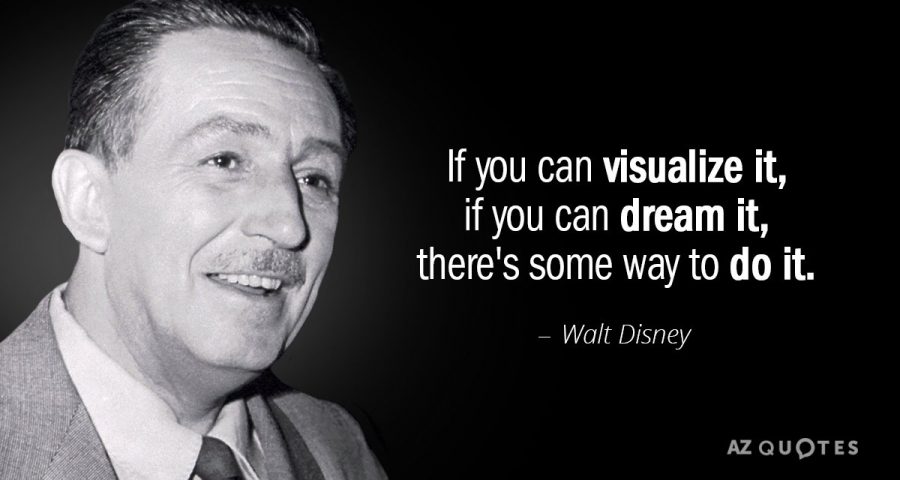 I could almost bet that you have a dream for yourself. I feel as if everyone has something they want to accomplish or something they dream about. Whether it’s far-fetched or simple, it’s yours and it’s something that only you can make a reality.

Have you ever heard the saying, “You can do anything?” I remember in elementary school they would hang it up in the halls with bright colored banners and we would read books, and that saying was eventually read to us from the book. When we are growing up we are told that we can do anything we set our minds to, or we can be anything we want to be, but I’ve noticed that they don’t remind us that as much as we get older. I wonder why though. Don’t we need the same encouragement as we did as kids? Since we are older and about to start our adult lives, I think we should be reminded all the time that we can make our dreams a reality if we work for it!

I’ve heard too often, people telling young adults that they need to be this or that and that a certain career we want to have doesn’t make enough money, etc. I don’t think the people who say these things mean to shut down our dreams or anything, I think they mean to help. However, when they say that, I think it does make us lower and downgrade our dreams and we start to tell ourselves the same things. “I can’t do it…” “It doesn’t make very much money…” “I don’t think I will ever be successful in that…”  “It’s not about what I want it’s about what I need to do.” Each and every one of you reading has probably said something of the sort and have settled for less. How do I know? Because I’ve done it! I’ve told myself, “Morgan, you can’t do that. There’s no way. That’s literally impossible!” Can I tell you something though? Impossible is an opinion. Trust me! They’ve said so many things were impossible in the past and someone along the way eventually proved them wrong!

Go ahead and live your dream! Stop listening to other people’s opinions. Don’t let them bring you down. Don’t let them control you. Luckily my parents have been so supportive of my and my brother’s dreams and I am so thankful! They have taught us that happiness is way better than money and no matter what we do, we need to work for it. I remember in 7th grade, I wanted to take my best friend to a Shawn Mendes concert. My parents told me that I needed to work for the money to pay for me and her’s tickets. It took me months to earn the whole amount I needed for the 2 tickets. I picked up large amounts of sticks, did more chores around the house, mowed my great grandmother’s yard, and more! Finally, I ended up with all of the money I needed and I got the tickets. I gave them to her for Christmas and she was thrilled!! And once I was at the concert, I realized how all of my hard work paid off! My point is, even though it’s difficult to accomplish a dream or goal you can do it! It’s going to take some time because “good things take time!” Work as hard as you can now and eventually you can make your dream a reality and prove all of the people who doubted you wrong!

“For I know the thoughts that I think toward you, says the Lord, thoughts of peace and not of evil, to give you a future and a hope.” Jeremiah 29:11 (NKJV)