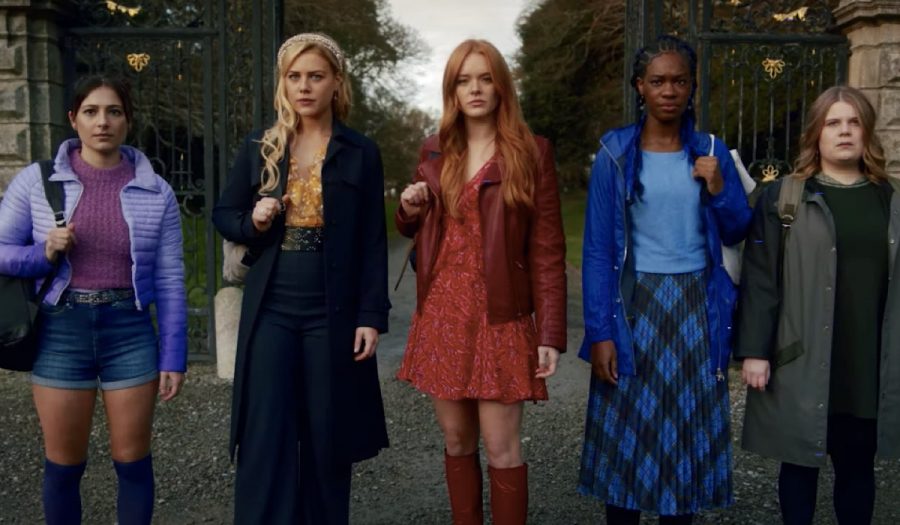 The first look at Fate: The Winx Saga

In light of the recent release of the Netflix Original Series “Fate: The Winx Saga”, a new conversation became relevant, on the basis of maturity in the audience of the show, and it’s source material. Fate: the Winx Saga was based on the Italian children’s cartoon Winx Club. Based around the main characters Bloom, Stella, Musa, Tecna, Flora, and Aisha. The girls go to Alfea College, a magic school where fairies and specialists go to harness their unique magic abilities. The show was aimed at a younger age demographic, usually 6-11 years old or somewhere in that range. However, Fate: the Winx Saga is not Winx Club. It’s an older, more mature show, with darker elements and a different overall aesthetic. With darker scenery, costumes, and tone, the show has many differences in subject matter as well, at various times alluding to drugs, alcohol, and sexual innuendos. While there aren’t as many mentions in this show as there are in other shows such as Riverdale or Euphoria, which isn’t that commendable, when given the fact the original audience is children.

Maturing the Winx Club material for “young adults” takes the Winx Club out of its own context and puts it into the context of an older audience, isolating it’s previous younger audience from the show. Similar things have happened with My Little Pony: Friendship Is Magic, where the older audience became a majority voice online, isolating the younger audience. The older audience created mature content that they would post online, which would show up in searches for innocent content made for kids. And these online spaces became much more mature in general, making it difficult for children to interact with their favorite show, which did have webisodes made for kids. The kids could search for this content and instead be faced with mature content made by and for adults.

So when making a show with the same source material but with more mature content, the showrunners have made the show inaccessible to the audience it was originally meant for.