The Importance of the Violence Against Women Act 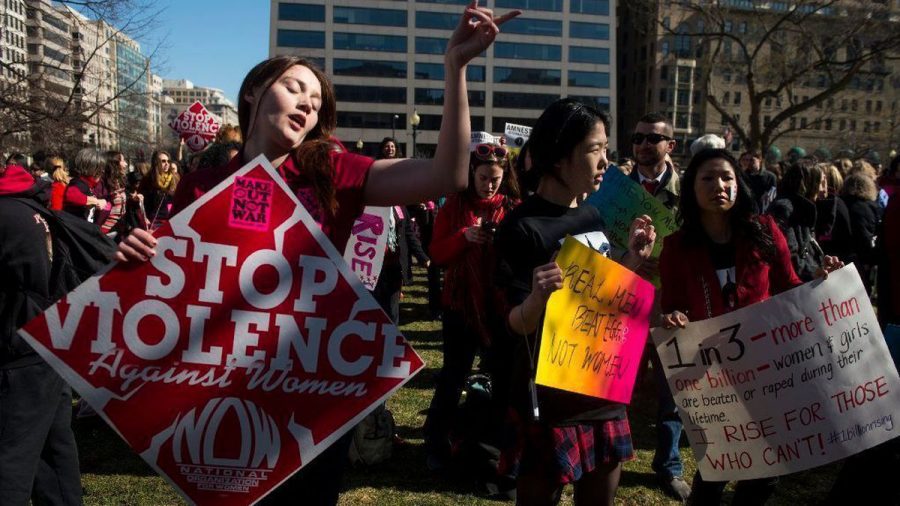 On September 13th, 1994, former President Bill Clinton signed a federal law titled the Violence Against Women Act. Co-sponsored by current President Joe Biden, who at the time was a Democratic Delaware Senator, and Senator Orrin Hatch of Utah, this act provided 1.6 billion dollars and established the Office on Violence Against Women in the Department of Justice, and it’s purpose is to provide help and support to female victims of violent, sick crimes. The money provided funded the investigation and prosecution of violent crimes that were committed against women, crimes such as stalking, dating violence (dating violence is the continuation of manipulation, abuse of power, or threatening of violence by at least one member of an unmarried couple), domestic violence, and sexual assault.

According to the CDC, one in four women will experience physical, violent acts of abuse from their domestica partners, and one in every three women will experience some degree of sexual violence in their lifetime. To put it bluntly, it is likely that if you are a woman, you or a woman close to you, possibly multiple women, will experience domestic or sexual violence. And, according to the National Criminal Justice Reference Service, 8% of women in the United States have been stalked. That’s about 2 out of every 25 women, so if you are a woman either you or maybe a woman from your classroom or workplace will be stalked. With crimes like these being so frequent, there are many investigations that need to be done, which requires a lot of funding. We, as a society, need the support from the Violence Against Women Act.

Between 1993 to 2010, many crime rates related to domestic and sexual violence decreased. For example, intimate partner Violence declined by 67%, and  intimate partner homicides of women decreased by 35%. This proves that the Violence Against Women Act works, because while it may not be able to entirely prevent these crimes from being committed, the funding provided helps convict aggressors because their patterns can be stopped, instead of ignored.

During one of the many government shutdowns from 2018-2019, the act expired on December 21, 2018. Shortly after, on January 25, 2019, the act was reauthorized. Unfortunately, the bill was short-lived and ended once again on February 15, 2019. It has been unauthorized since. We need to demand the funding for this Act be reauthorized by contacting our representatives, because this act supports women in a time where they feel alone, and this funding is put towards helping women feel safe in their day-to-day lives, it is essential.