The Flooding In Tennessee That Destroyed Lives 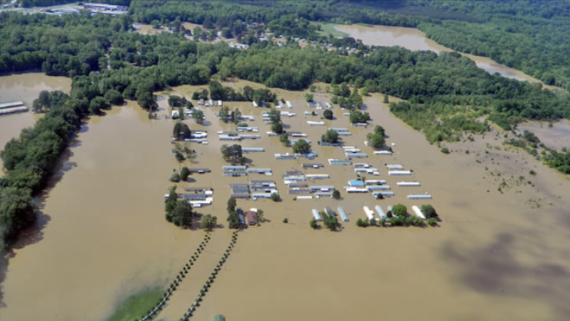 Tennessee is the landlocked state known for its music taste and events. However, weather in Tennessee flooding more than 270 houses, which were left damaged.  On Wednesday Aug 25, 2021 Central Tennessee experienced the trauma of heavy rains and extreme flooding. According to tennessean.com, a total of 4 bridges have been damaged by the flood, and local owned businesses are pending repairs from flood damage. With a count of at least 21 deaths, Tennessee is suffering through devastation as their people experience their homes and lives being destroyed. “Things are moving fast and we are finding people left and right,” Deputy Edwards said in an email, adding that he expected the death toll to rise.” (New York Times)

Pilot Joel Boyers tried his best to help the Tennessee community by rescuing in law citizens. Luckily, most people who have faced devastation have found safety in shelters. Being provided resources, victims cry with the grief of their lost homes. Communities began to clean up the areas and reconstruct the place as soon as possible. However, it doesn’t take away the fact that most citizens will have to wait possibly months for their homes to be reconstructed. If not, they’ll they be forced to look for new ones.

Celebrities Luke Combs and Loretta Lynn are performing the country benefit concert later this month to raise money for the victims that were affected by the flooding. “I am so honored that so many of our friends are coming together to show so much love for our neighbors and community after such a devastating loss. Oh you know, we’ve all needed help from time to time, and that’s why when we can give back, we do.” (wide open country). The money made at the concert will go to homes and businesses that were destroyed because of the flooding. The concert will air live on Facebook, Twitter, and YouTube.