Partisanship and the Supreme Court 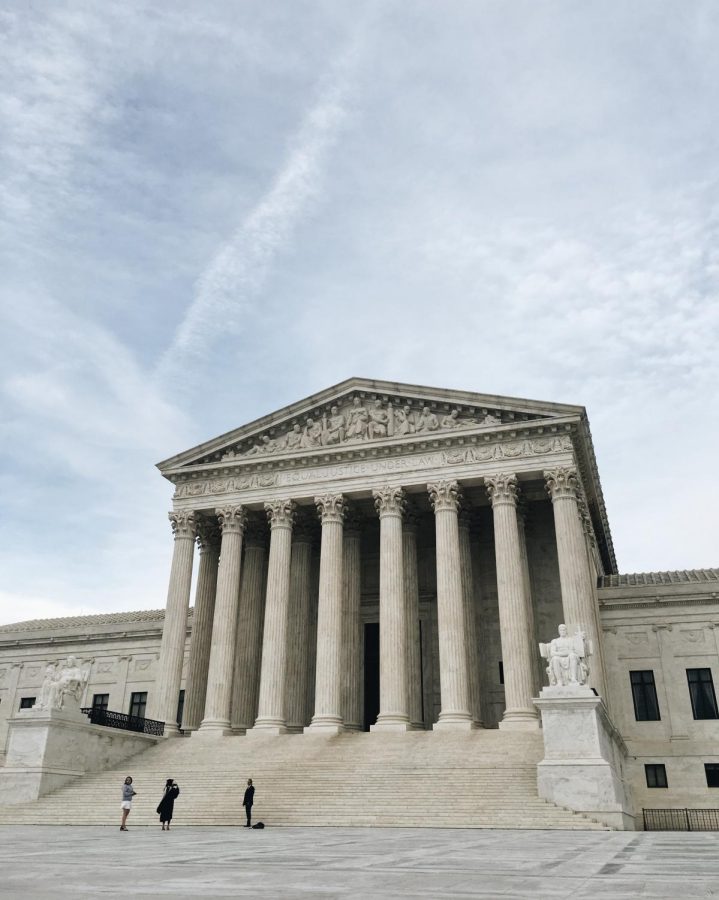 The Supreme Court in Washington, D.C.

“EQUAL JUSTICE UNDER LAW”– Words etched into the stone above the entrance of the highest court in the land. A Court whose stated function is to be the “guardian and interpreter of the Constitution” and is expected to be with a recent decision on abortion law, many are wondering if the court is truly bipartisan.

The Supreme Court derives its powers and jurisdiction from the Constitution. Article III, section 1, states, “The judicial Power of the United States, shall be vested in one supreme Court, and in such inferior Courts as the Congress may from time to time ordain and establish.” Article III, section 2, “The judicial Power shall extend to all Cases, in Law and Equity, arising under this Constitution, the Laws of the United States, and Treaties made, or which shall be made, under their Authority.” While these are what vest the Court with its powers, many cite the Marbury v. Madison case as what shaped the court into what it is today. The Marbury v. Madison Case set the precedent of judicial review, where the constitutionality of a legislative act is determined.

In its conception, the Court was intended to be independent of political parties. However, there are a couple of reasons as to why the Court has become politicalized. Part of the reason is because of the system in which the Justices are confirmed. Each Justice is nominated by the sitting President and then must be confirmed by a Senate Judiciary vote. It is further complicated by the fact that Supreme Court Justices serve for life. There are two main conflicting interpretations of the Constitution that can be conflated with political ideology. While Justices are supposed to be partial, often their biases play into their interpretations and rulings. Potential nominees’ previous rulings are a huge consideration, as they often show a political sway. The political tendencies in their rulings are considered because of the power that lifetime appointments hold; they have the potential to sway the rulings to either political ideology for the rest of their lifetimes. Other’s cite the issue of increasing partisanship in the legislature, as the issue. The increased partisanship results in reliance on the Court to block or allow legislation.

The term “pack-the-courts”, first coined by former President Roosevelt, refers to these occurrences. Former President Roosevelt, known for his New Deal policies which stimulated the economy during the Great Depression, faced opposition from the Supreme Court. In 1936, the Court, a majority of which was conservative, struck down all central pillars of the New Deal. Most Justices that served on this Court were all appointed at least a decade previous. His solution included adding additional Justices, which under his nomination would be liberal. This is one example of packing-the-courts, but the term can also refer to the confirmation of Justices and judges by a particular ideology.

The two most recent appointments were Justice Brett Kavanaugh and Justice Amy Coney Barrett, under Former President Donald Trump. With these more conservative confirmations and the recent ruling on Whole Woman’s Health v. Hellerstedt, many are questioning the Court’s independence from political parties. On September 13th, Amy Coney Barrett addressed these concerns. She stated that Justices must be “hyper-vigilant to make sure they’re not letting personal biases creep into their decisions, since judges are people too.” She also urged that analyses and judgments of the Court be separated from political discourse, saying that “to say the Court’s reasoning is flawed is different from saying the court is acting in a partisan manner… I think we need to evaluate what the court is doing on its own terms.”

Justice Barrett’s opinion is not too far derived from the constitutionally stated nature of the Court. Whether the Court upholds its ideal nature of bipartisanship, in reality, is highly debated. Many believe that the last Justice confirmations secured a conservative Court, and have used the recent ruling on Whole Woman’s Health v. Hellerstedt to support these claims. While Justices have commented on the issue, the issue is continuing debate.