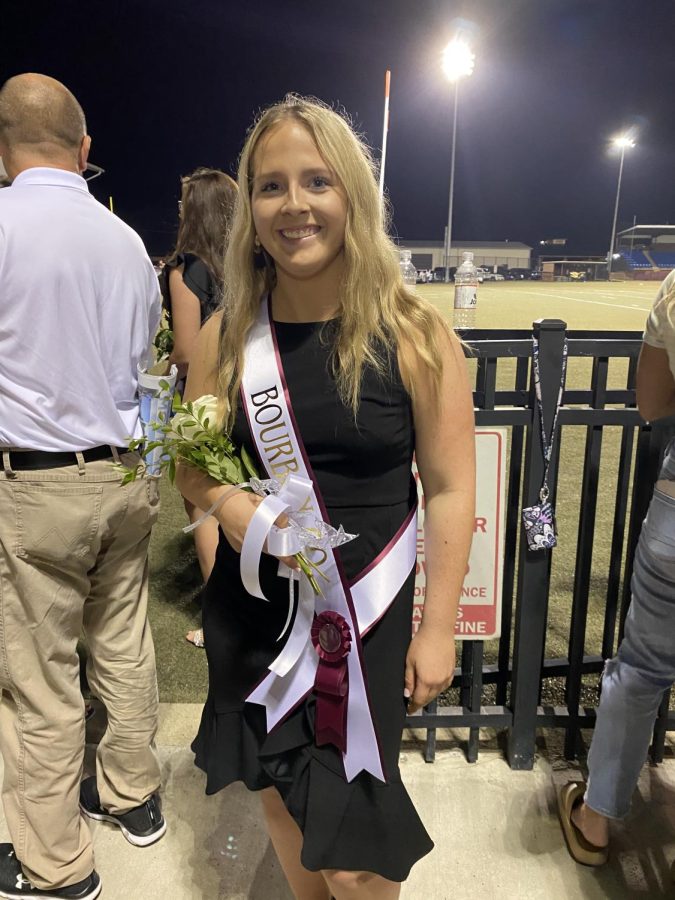 For the past 35 years, Community Trust Bank and WYMT-TV have provided financial funding to support the Pike County Bowl. The Pike County Bowl is a football tournament held annually. Due to the COVID-19 pandemic, the bowl was cancelled in 2020 in order to protect the bowl’s participants and spectators. The Bourbon County football team planned to participate in the bowl this year, but were unable to attend due to the football team being quarantined. Fortunately, senior Abby Smith went as a Bourbon County representative to the Pike County Bowl Pageant. In a recent interview, Abby Smith discussed her experience at the bowl and how much the opportunity meant to her.

Question: What was the time frame you had to prepare for the registration and the actual pageant?

Abby: I found out about the pageant in early August, and the pageant was around early September, so about a month.

Question: How was the pageant winner decided?

Abby: I can’t remember the exact percentage for each category, but we were scored based on our GPA, interview, and our professionalism.

Question: Can you give a step-by-step of your day there?

Abby: I got there at 12:30 pm, then from 12:30 to around 1:15 I socialized with the other girls. We had our lunch with the judges at 1:15. After lunch, the judges took us back one by one for our interviews. Interviews were about ten minutes long, there were three judges asking questions. From about 3:00 until 7:30, when the game began, I played cards and other games with the other girls. Then we got ready for the actual presentation on the football field, where they announced the winner.

Question: How many other girls were in the pageant?

Abby: There were six other girls.

Question: How was the environment with the girls?

Abby: Everybody was welcoming and fun.

Question: What was your favorite question from the interview?

Abby: My favorite question was, “If you could be any celebrity for a day who would it be?” I enjoyed it because I got to talk about my favorite celebrities, and explain why I enjoyed them. I said I’d be Taylor Swift, I think she’s very cool.

Question: What question was the hardest to answer?

Abby: They asked me, “If you had a book, what would the title be?” It was difficult because it put me on the spot.