The Case of Gabby Petito 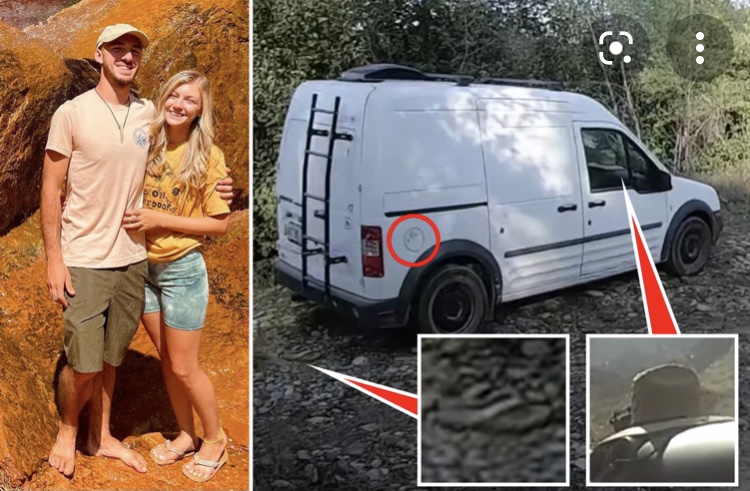 Pictured on the left is Gabby Petito and her former fiance, and on the right is their van, when it was found, with notes of suspicious differences to the van's original form.

In July, Gabrielle Petito embarked on a journey from New York on a cross-country road trip with her fiancé, Brian Laundrie. As they made their way out west in a white Ford van, the couple posted photos throughout on Instagram and YouTube. However, on September 1st, Brian Laundrie returned to Florida from the road trip alone, without his fiancé. Ten days later, Gabby’s family reported her missing. This case became a national sensation, mostly due to the awareness being generated by people who were watching it unfold on social media. Theories have been debated and debunked, while an influential couple may have helped locate Gabby Petito’s remains. A coroner confirmed that a body found in a remote part of the Bridger-Teton National Forest in Wyoming was Gabby Petito and said her death was most likely a homicide.

Dr. Brent Blue, the Teton county coroner, on Tuesday confirmed that the remains found Sunday in Wyoming by law-enforcement officials were Gabby’s. “The cause of death remains pending final autopsy results,” the Federal Bureau of Investigation said. On Monday, the FBI executed a search warrant at the home of Brian Laundire. As of the writing of this article, he is also now missing as well. Law enforcement officials continued a search for him Tuesday in the T. Mabry Carlton Jr. memorial reserve in Venice, Fla, south of Sarasota. Brian Laundire has been a named person of interest in the case, and the FBI has asked the public to contact them about his “role in this matter” or his whereabouts. Mourners attended a Long Island funeral home on Sunday for a viewing of Gabby Petito. Among those who congregated in Holbrook, about 35 miles east of New York City, were family members, friends, co-workers, and people touched by Petitos’ story even though they didn’t know her. “She was a beautiful soul; she was full of life, always smiling,” said Desiree Keeffe, a friend of Gabby’s mother, Nichole, “She gave you love. She was just a beautiful soul. She touched everybody as she did now.” This case is one that will not fall under the radar, but one that will better show the true dangers in this world. Better yet, it will also show, oddly enough, that social media can play a huge part in solving a case like this, for the many others who have gone missing as well.