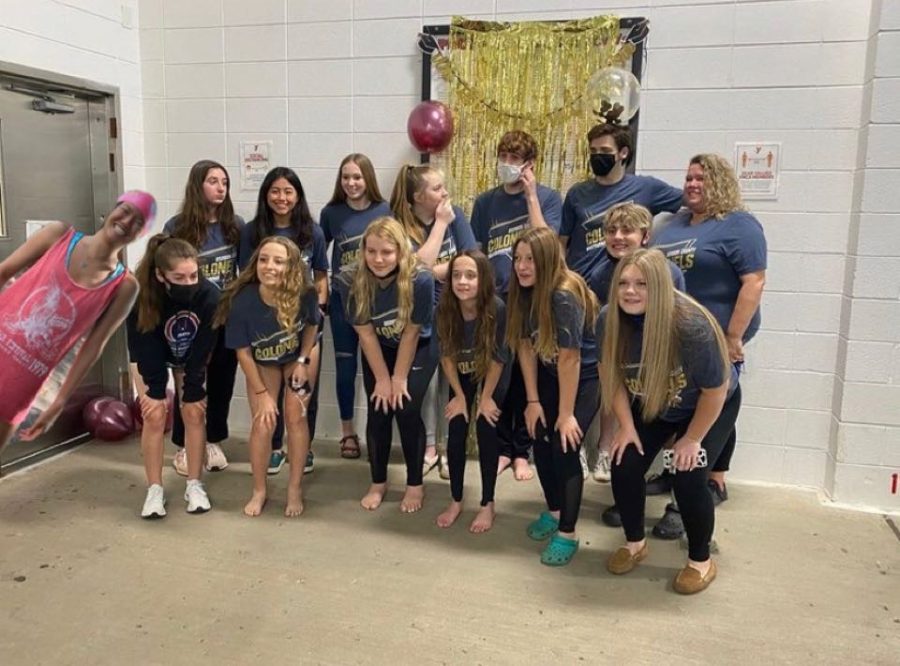 Coming back from fall break, Bourbon County’s swim team kicked off it’s season in the third week of October. The Paris YMCA generously hosts the swim team’s practices and meets each season. With everyone coming back to the new season, some are already warmed up because of their participation in the PBCY, which is a year round swim team. On the other hand, some of the other swimmers arrive without much practice since last season. Aside from jumping in the pool and swimming a few laps every once in a while, most swimmers take their off season as a time to relax from the constant swimming they do during their season. After this previous offseason, our swimmers are finally back in the pool with a determined mindset of making this the best year yet.

The swim team’s season goes from the week after fall break to February of next year. The regular season usually consists of 7 meets per season all in varying places such as our Paris YMCA, and other towns’ YMCA’s or public pools. Majority of these meets are at our home ground, the Paris YMCA because of the largeness of the complex. Even though the competition is very casual, Bourbon County’s biggest rivals are Mason County from Maysville. There’s only about four teams in our school’s swim region. The second you move out of the region to more populated areas of Kentucky, the number of teams greatly increases. All of the teams compete throughout the season and they all meet at regionals in January. This year’s team is a really young and promising team, with the majority of swimmers belonging to the sophomore class.

Question: How many years have you been on the BCHS swim team?

Sadie: I joined in my sophomore year and this will be my third consecutive year on the team.

Question: What events do you compete in usually?

Question: Are you personally prepared for the season?

Sadie: Yes, I think I’m prepared for this season because I’ve been putting some work in during the offseason and even though swimming is considered a team sport, the win is based off of individual performances, hard work, and commitment. Your time to practice is based off of your own time and dedication to the sport.

Question: Is the outlook for the team this season looking good?

Sadie: Yes, the team has been putting in a lot of work and the drive is there to become the best we can be for this season.