My First Two Years in Journalism 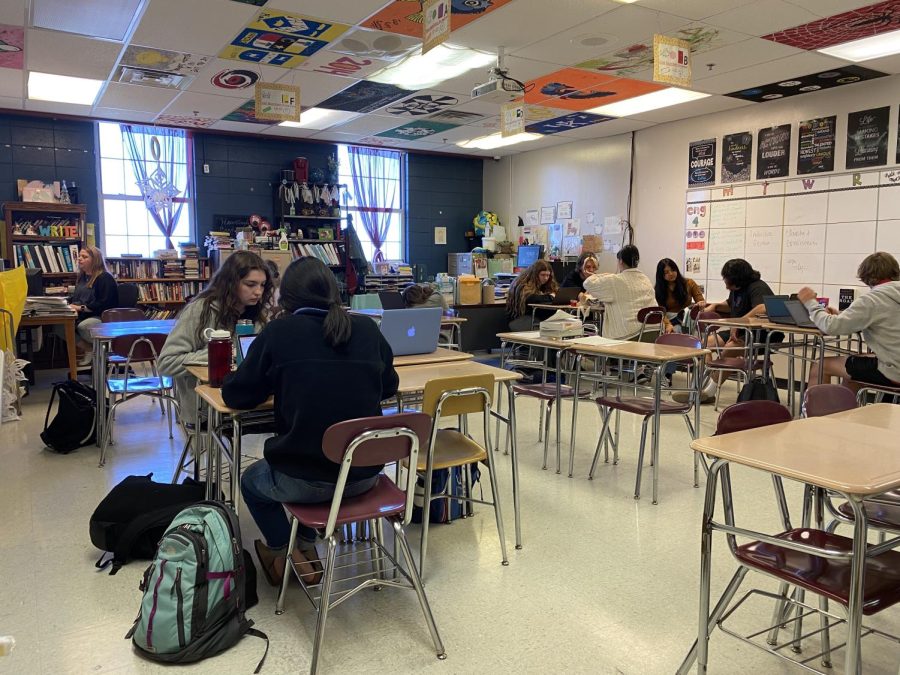 When journalism first began for me, I was a freshman. Up until January, school was online and I would sit staring at the computer waiting for my teachers to dismiss me so I could finally go outside. The days were long, and I really didn’t get much interaction with any of my peers because, like me, everyone was stuck behind their computer screens.

Once in-person school was available in the middle of January, I was able to see the few friends who decided to come back to school and meet my teachers after months of waiting. Journalism was third period, with fifteen students in the class but only two in the actual classroom. My friend Sydney and I would sit with Mrs. Francis and talk to each other about random things and listen to what the online students had to say. I suppose it was fun.

However, I couldn’t wait for my sophomore year to come around because then I would be able to meet other people my age who had similar interests. That was, of course, if the next school year would even be in person.

After getting through summer, sophomore year lurked around the corner. It had been decided that it would be in-person, which made me very excited but nervous. This would be my first real year of high school, which meant I would meet more people and maybe get to figure myself out more. I don’t remember much of the first few weeks of journalism, but I did struggle a bit to find friends. I knew everyone, or mostly everyone, in the class, but I didn’t quite fit in.

You had the “smarties” of the class who focused on getting their work done and had absolutely no time for gossip. They were nice, but I knew I needed someone who I could work with and giggle with along the way. There were, of course, the members of the LBGTQ+ community, whom I had known since middle school. It wasn’t that I didn’t feel welcome, because I definitely did. It was just that feeling that you feel when you feel like you can’t hang out with a person because you’re not like them. I feel bad for thinking that. They were such heart-warming people and always tried to talk to me. I learned later in the year that they would be the people I cared most about in the class. There were a few quiet kids in the class, and I made sure to talk to them a lot. The thing about quiet people is that if you just talk to them, you’ll learn so much.

As for Mrs. Francis, she was always there for me. I had known her since last year, but seeing her again made me happy. She helped me open up to people and work on my writing skills. I’m thankful for teaching me life lessons and telling many stories.

This year, I was named a junior editor. I guess you could say that “title” made me work harder and gave me more ambition to reach farther in school. I get to write my own articles and help other people with theirs. It made me a better writer, which overall helped me with other classes. This is the last story I’ll write for this year, which is why it’s sappy, though I’m trying not to make it that way.

I wanted to write this to tell you where I am now, why I’m thankful, and my goals for the next two years. I’m a junior editor; I’m thankful for the only class that makes me feel free; and I hope to inspire people to do whatever makes them happy. I am writing this as a farewell to all of our seniors. You’re going to do great and inspire so many, and I hope that whatever you do after graduation makes you happy.