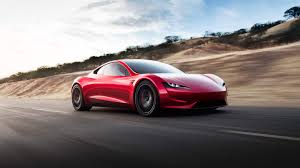 Everything is turning electric in our economy, or so it seems. Examples include the constant production of new cars, stoves, and iPhones. In the electric uprise, well-known car companies such as Chevrolet are the center of attention.

In April, Chevrolet announced that it would release a brand new collection of all-electric cars. Their hope in doing this is to promote the use of a more renewable energy source such as solar or electricity. The gas we use to fuel our vehicles comes from resources such as crude oil and petroleum liquids. However, these resources are scarce, and it’s only a matter of time before we need to switch to better and more affordable alternatives.

Oil has been the main resource for gas for centuries and can only be found in vast underground reservoirs and ancient seas. Getting oil is becoming a struggle because its locations are becoming more and more difficult to find.

Most all-electric vehicles in production today are four-door sedans and SUVs. The need for batteries is mostly for larger and heavier vehicles. However, more car manufacturers are going to be releasing new electric vehicles as soon as 2035. Other modes of transportation are becoming more frequently used in place of gasoline-fueled cars as well.

Eco-friendly car and bike usage have dramatically spiked in the past few years, and probably for the better. Gasoline is harmful to the environment and fills the air with pollution and chemicals.

It is cheaper to bike instead of paying for a car, and it provides extra exercise too. Some people suggest that owning a bike is better, especially if you don’t want to waste gas and if you live close to many places. Cars have been a part of our lives for so long that it’s hard to imagine life without them, but using more sustainable options would not only be better for our world but be more affordable as well.