Women Are Shutting Down The “Perfect” Body Type Trends 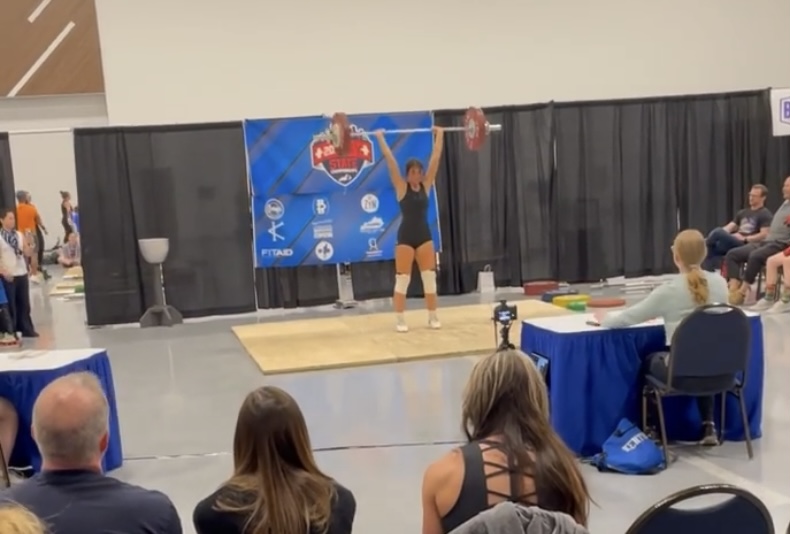 Dani, one of the many power-lifters, at a competition.

Too flat, too tall, too skinny.

You should eat something to fix those tiny arms.

Too fat, too small, not pretty.

Stop eating and work out to fix the forearms.

Too smart, into art, fall apart

Too dumb, feeling numb, what a bum

Guess that means I need to peak.

Why am I not good enough

Why can’t I be perfect

I guess being a female is tough…

From the time we can walk, we are told to keep our bodies safe, hidden. It’s not acceptable to go out in public dressed as you want. “Cover up”, “Put a sweater over that”, “Make sure your shirt covers your butt.” But it’s all to protect us, right?

We’re also told to show off our bodies. Show off how pretty we are, how pretty our figure is. But if you don’t have an unimaginably small waist size- don’t do that. “Wear something that makes you feel comfortable, and pretty, but don’t wear anything that reveals yourself because we don’t want to be distracting.” Distracting? I hear the word too often.

So here is what you can do: wear whatever you want, but can’t be tight unless you’re super skinny. Wear a cute shirt, but you’re told it’s too revealing. You are forced to apologize for having a female body.

That’s where society really screws women over. We are supposed to have a perfect body. A small waist, super flat stomach, big boobs, and a huge butt. If you think about it, that makes out some sort of silly cartoon character. Exactly. This isn’t possible, and it’s making women feel bad about themselves more than ever.

But after more than fifty years of women not feeling comfortable with their own bodies, we’re making a big U-turn. The new trend for women is Power-lifting. Women are ridding the fear of being “too bulky” and making their way to the weights. Studies show “Women power-lifters see the sport as a physical and mental salve”. This is huge for women. Getting out and feeling powerful is one of the most important things we can do, alongside feeling mentally strong. No longer is there a thought of thinking only 300-pound-plus can lift huge weights.

What does this mean for women now? The ideal body type will probably be a myth, as it always has been, but now no girl will worry about feeling ugly, or not perfect enough. It is so exciting that we are accomplishing many things, and feeling more powerful than ever. I hope girls growing up look up to female power-lifters, politicians, mechanics, and so many in the workforce. This new trend is one that will be around for a while.