The Wildcats Defeated Florida After 31 Years 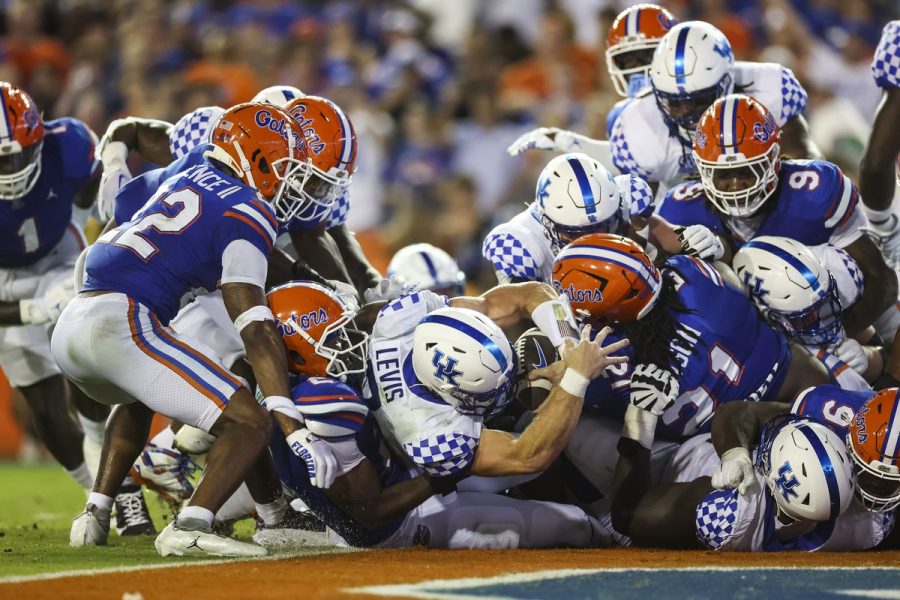 A Sea of Blue

The Kentucky Wildcats football team won against Florida on September 10th, 2022.  After many years of losing to them, this was such a huge accomplishment for Kentucky fans. Many people didn’t think they would win because of the past years they have played against each other, but people were putting bets on who would win.

Kentucky took many losses against Florida over the years; it took them thirty one years to defeat them. As this is only their second game of the season this should tell people that they are actually dedicated to do good this year. Since Kentucky came in with the win leaving their coach Mark Stoops as 61 on the wins list which is good for them.  Kentucky’s football team is 2-0 and is ranked inside the top 10. Their coach Mark Stoops is passing Bear Bryant in the wins leader program.

As the Wildcats were in rank 20 ( 2-0 1-0 SEC) they fought through to defeat Florida who were ranked 12th. Their coach said “ they fought through it with the same gritty, hardhat mentality that I had begun in my program a mere nine seasons ago. I’m really proud of our football team and proud of our coaches” “ the improvement we have made between week one and week two. We knew we had a good football team. We knew we had played well in all three phrases.” Although the Wildcats had many fumbles during the game they still caught up leaving with a win of 26-16 defeating them on their own field.

Kentucky fans that were watching the game at home or at restaurants were really surprised by the win. A lot of people that were downtown in Lexington,Kentucky really showed out for our team. excited to the point where people were getting in crowds and burning couches and flipping cars over, and the people that were sore after their lost bet.